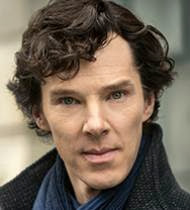 Call me cold-hearted, but I am just not as interested in the relationship of Watson and Holmes as I am in the deductive reasoning abilities of the great sleuth.

I love a sloppy emotional story-- I really do, and buddy stories through the ages delight me. Think of Michael Caine and Sean Connery in Huston's movie version of Kiplings The Man Who Would be King . So charming. Two British lads adventuring. Getting in over their heads.

But Sherlock's nature is to puzzle things out as they are brought to him in terms of criminal behavior, mysterious disappearance, and the like.

I know that the modern version of Sherlock the TV show with Benedict Cubmerbatch and Martin Freeman brings Sherlock into our present age, with its electronic method of communicating, its more complex theories of how the brain works, etc. But by focusing so deeply on the relationship of the two men, at least in episode one, the joy of the chase, the puzzling nature of certain crimes, is lost, and without it, the timelessness of Sherlock himself.
Posted by Patricia Markert at 8:59 PM

Once I got over the idea of Holmes using a cell phone, I absolutely agree with you about sleuthing. Can't decide whether I enjoyed meeting the twenty first century mother and father. Mycroft had the wrong face to be sinister. Watson was rather good when I got past his height, and began to think mad dash bulldog. And I'd prefer a more grizzled Holmes.